Incontinence is not often talked about or in the news but Modibodi is fast becoming the go to global incontinence underwear company and has made Eleven Media aware that World Incontinence Week is from 18th to 24th June. We want to get behind them and help promote this week too. 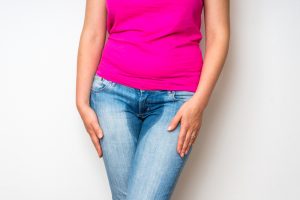 In a recently published survey that features on the Continence Foundation of Australia website, 65% of all women surveyed reported bladder leakage when laughing. This can be due to the impact of such things as child birth, aging, lost pelvic floor muscle tone as well as excessive alcohol or caffeine consumption. It can be incredibly debilitating to those affected by it.

Modibodi Founder and CEO Kristy Chong is a fashion tech entrepreneur and was inspired to develop, design and create Modibodi after her second child due to her own experience with pelvic floor issues. Kristy noted that despite modern advancements in technology, our underwear has remained the same. “In a world where technology has improved women’s day to day lives from sleep through to exercise, I felt it was high time that our underwear took on the same route. It is also high time that incontinence issues are brought out into the open to remove the stigma associated with it and is why we are helping to promote world incontinence week” said Kristy

With 1 in 3 women suffering from some form of bladder leakage, Modibodi offers a stain resistant, leak-proof, fast drying and odour free underwear that can be a total replacement for feminine hygiene products such as pads, panty liners and tampons. 100 years ago women got the right to vote- now it’s time to break taboos, open minds and allow technology to help where it really matters and start feeling secure every day.

Kirsty said, “Modibodi gives women the freedom to live life in a fearless, sustainable and fashionable way. From periods, to discharge, to light bladder leakage and even mummy breast milk leaks, my aim was to make underwear and swimwear that was fashionable but utilised technology to offer protection and a more sustainable choice.”

You can learn more about incontinence and World Incontinence Week here: https://www.continence.org.au/ 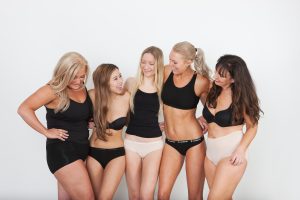 Modibodi is modern, protective apparel created to give all bodies more confidence and comfort, and a more sustainable solution to disposable hygiene.Modibodi, modern period underwear and swimwear for all body types and was launched late 2013. For almost two years Founder and CEO, Kristy Chong, spent her time designing, developing, and testing her patented Modifier Technology leak-proof undies into the Modibodi collection. Modibodi believes that making a positive impact should be as easy as changing the undies we wear and now your swimwear. Together with Modibodi, we are breaking taboos, opening minds, mentioning the “unmentionables” with a reusable, sustainable product line that will benefit all bodies on this planet.